On the Second Day of Diabadass

Well, it's his absolute, most-favorite-ever and longest-running job. According to Terry, it's the best job he's ever had. ❤️

His son, the youngest, and his middle daughter are both at the University of Delaware, and his oldest daughter graduated last year with her Masters and is gainfully employed as a teacher.

Talk about WINNING as a dad! Terry is also dad to two dogs, that bring him tons of joy. 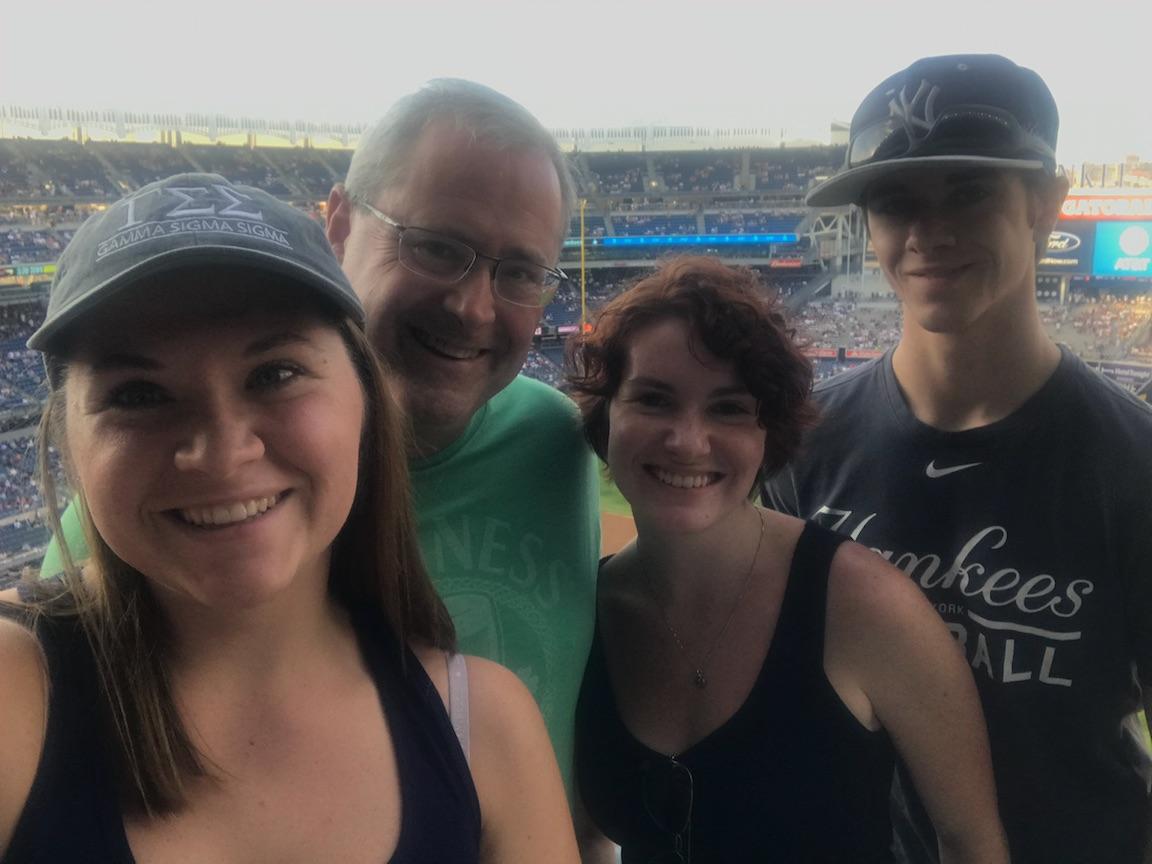 Now that all his kids have flown the nest, Terry still gets to cheer on his son while he watches him row with the University of Delaware’s Crew Team.

Growing up, his three kids were super involved in gymnastics, cross country, baseball, and more. It was all those gymnastics meets and baseball games that helped Terry hone his photography craft.

And it was cheering on the sidelines where Terry found his most rewarding, relaxing times, his camera always in-hand.

Ask Terry about his career, and he'll tell you, “I sit in front of a computer screen (yawn). But in 3 years, 7 months and 29 days I hope to retire and truly enjoy my life (not that I’m counting).” 😂

When that day comes (we've got a calendar invite set for Saturday, August 6, 2022, Terry!), the first thing he'll do?

Take a tour of the National Parks with his camera, it's absolute top-of-the-list priority. We can't wait to see that footage!

Terry's Secret to Being Diabadass

For now, Terry's taking things a day at time, including his diabetes.

And he absolutely owns it.

Terry was diagnosed with type 2 diabetes about twelve years ago after going through his divorce, when stress levels were at an all-time high, and diet at an all-time low.

And after all the meandering, all of the highs, all of the lows, all of the falling-off-the-wagon moments to the gold-star A1c moments, Terry's finally got it.

He learned the secret sauce. And he's crushing the daily diabetes obstacles.

What's the secret? CARBS (well, in this case, no carbs)!

And not beating himself up over a bad blood glucose reading.

Here's the low-down to mastering diabetes, in Terry's own words:

"Since starting with One Drop, and being able to test my sugars more frequently, I was able to discover some foods that adversely affected my sugars and others that were very beneficial. Broccoli is my friend! Carbs, not so much.

"Growing up in an Italian community I love bread, pasta, and pizza. Now, they are enjoyed in very limited quantities. One thing that has helped me the most is not beating myself up if I have a meal (or a day) where I slip and am not as strict with my diet. Sometimes it’s okay to have that slice of pizza or a few slices of fresh Italian bread or that slice of pie. Just so long as you don’t live there.”

Game-changer! Those are diabadass words to live by.

And Terry takes those words to heart. He's learned first-hand, through his own diabetes journey, that his daily choices matter.

And by choosing his health (over carbs, or stress, or work), he's choosing success. Success for him, and his family, for years to come.