November is National Diabetes Month here in the US, and as the conversations spread, it's increasingly clear that diabetes is a contrasting story of societal concern and individual hope, both in the United States and worldwide. The numbers are huge. Impacting 1 of 11 adults worldwide, diabetes is having an enormous impact across the globe, both in terms of the broader healthcare costs and food production systems, but more importantly on the impact on society and the daily lives of the 415 million people living with diabetes.

The latest stats are nothing but dramatic, published this week in the International Diabetes Federation’s Diabetes Atlas, 7th edition. [caption id="attachment_10060" align="aligncenter" width="800"] 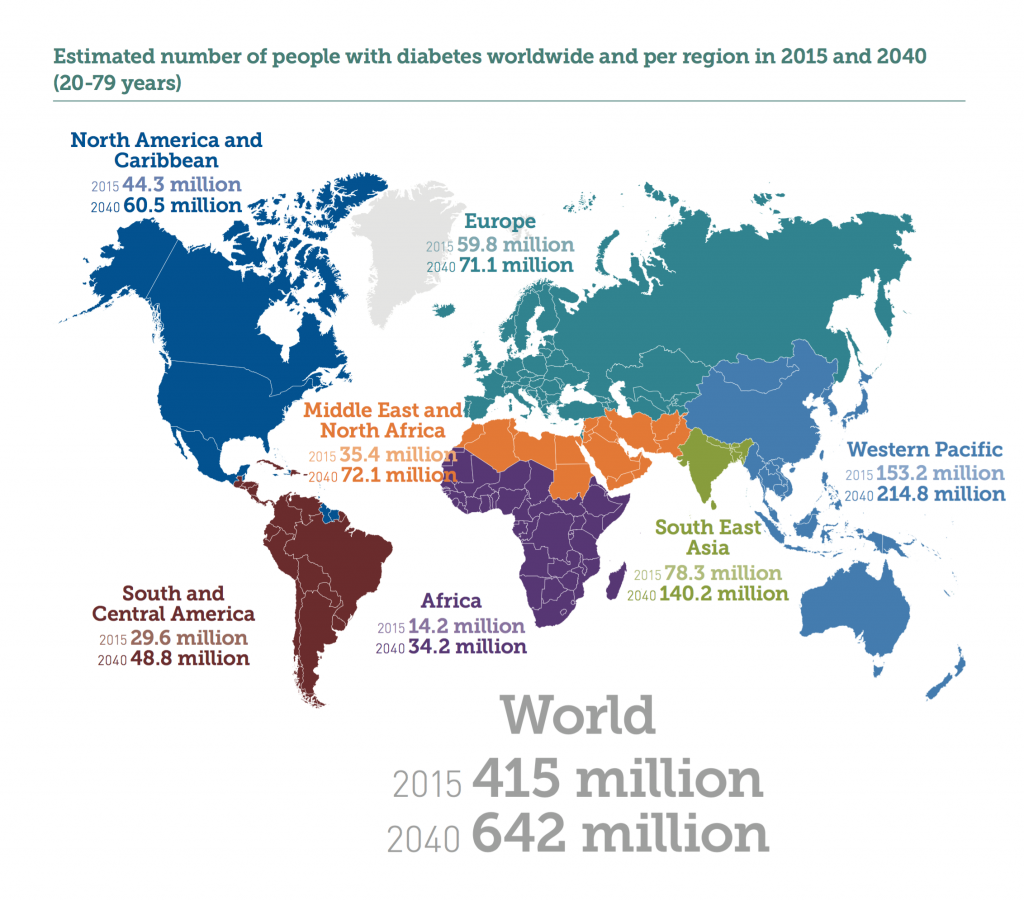 The Time is Now

For each of the 415M living with diabetes, the key to living a healthy life is in understanding the daily interconnections between four variables: blood glucose, activity, food/carbs, and meds/insulin. If you are living with diabetes, you know that these four variables combine into "moments" throughout the day: at lunch, you test your BG, take insulin, and have a turkey sandwich; later, you test your BG, go for a jog, take your insulin. Get this balancing act right, and your blood sugar (and your day) is stable; if not, you're riding a rollercoaster of too little insulin, spiked blood sugar, more insulin, crashing blood sugar, and more carbs. Much of this change and hope will be empowered by data-driven self-care, combined with access to like-minded communities of people living with diabetes. Together, with real data, we're sharing what works, and bringing new ways to live with diabetes to make good choices that lead to healthy outcomes. No, #wearenotwaiting.