Fill Up On Fat

But that's exactly what the ketogenic (shortened to keto) way-of-eating promotes!

In line with the rest of the low-carb ways of eating we've been highlighting, the keto diet endorses a very low-carb lifestyle. But this low-carb, high-fat (LCHF) regimen takes things a few steps further: it encourages a very high-fat diet.

Although there are no concrete rules to following keto, a typical diet would consist of a daily intake of 70% fat, 25% protein, and 5% (or less) carbohydrates, give or take according to the plan being followed.

It has lots of ties to epilepsy treatment and more recently has gained lots of traction among people with diabetes. Why? The benefits of keto mimic those of fasting.

Odd, since there's no fasting involved. Far from it, in fact! When you're loading up on bacon and butter, how does that equate to fasting, you might be asking yourself.

On the ketogenic diet, fat is fuel. 🚀

The body runs entirely on its fat resources, meaning the need for insulin decreases dramatically and fat burning levels are on fire! This dynamic duo puts your body into the magical state of ketosis (not to be confused with DKA): an energy state created by the body in which fats are broken down to produce energy. 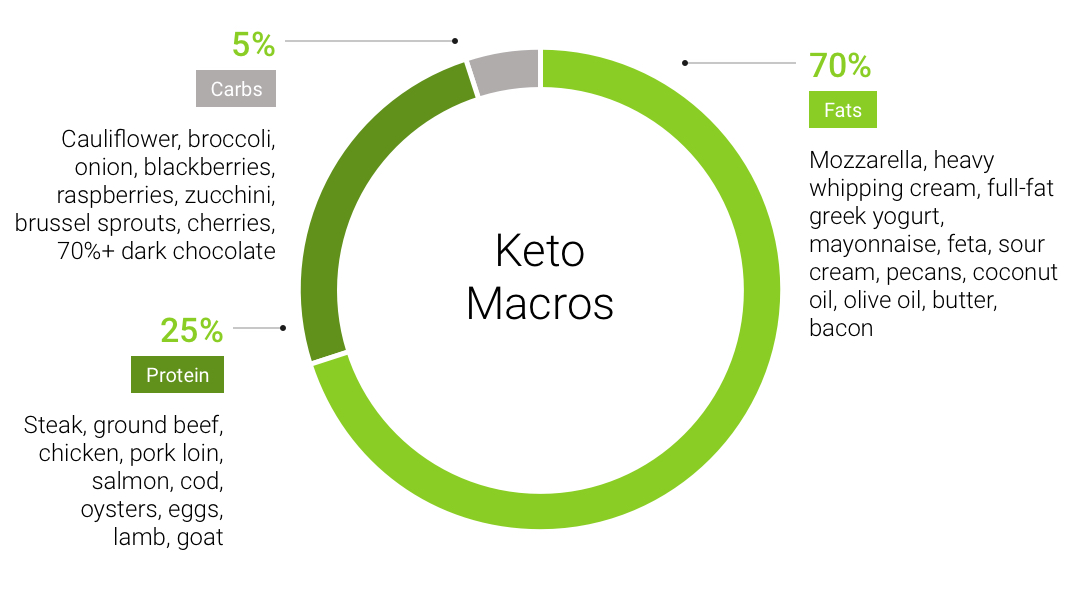 Keto, along with the other diets on our low-carb list, cuts carbs. The main difference, though, is that protein intake on this extreme LCHF diet is much lower than other low-carb diets.

Cutting back on protein is an obvious challenge. And it definitely makes keto one of the more restrictive low-carb diets out there, if not the most.

But as ketogenic enthusiasts will tell you, high levels of protein can turn into glucose, and catapult you out of your ketosis (you want to be in ketosis).

While this lower-er protein intake does make the diet more restrictive, there are awesome alternatives out there, like this super cheesy, totally keto pepperoni pizza recipe.

Although the ketogenic diet is very restrictive, its followers rave about drastic weight loss and A1c results.

Get more info on going keto from your One Drop coach! Then, talk to your doctor to see if keto could help you reach your diabetes management goals.